A public consultation on a major new housing development on the land north of Barton Park, known as Bayswater, was held in March 2022. A recording of the first online consultation event is available to watch below.

The online presentation outlined proposals to provide walkable amenities as part of the development itself, as well as to prioritise public transport and active travel infrastructure to provide the new residents with sustainable transport options, thereby minimising additional private car traffic on the already congested local road network.

The presentation followed the release a few days earlier of a report by Transport for New Homes, Building Car Dependency, which concluded that “large-scale greenfield housing usually ends up being almost completely car-based.”

The most recent major development before this one, Barton Park, was one of 20 developments the authors visited and is described in their report as a “severed community – a new housing estate cut off from the parent town by a major road or cut in half by a busy road running through it.”

As the report points out, “The proposed bridge over the dual carriageway for buses, pedestrians and cycles was not built: instead there is a road crossing for buses and pedestrians only.” Barton Park residents face danger from speeding and U-turning vehicles when crossing the A40 on foot or by cycle and are actively campaigning for safety improvements. Danny Yee’s recent presentation for the Oxfordshire Active Travel Roundtable also provides some further background on this crossing.

A new foot and cycle bridge over the A40 is proposed as part of the Bayswater development, which should also improve matters for Barton Park residents.

Preparing for the future

Despite the developers’ proposed measures to minimise the need for Bayswater residents to travel by car, the additional housing planned here and in the north and south of the city will inevitably compound Oxford’s traffic woes unless city-wide action is taken to prioritise public transport and active travel as alternatives to private car travel.

The level of congestion and pollution on Oxford’s roads is already too high, even before the additional traffic volumes generated by jobs and housing growth. That’s why the County and City Councils are proposing measures aimed at prioritising buses and active travel to provide viable alternatives to car travel and reduce the overall volume of traffic on the city’s roads.

Minor roads weren’t built to cope with the high volumes of motor traffic they experience today. They don’t have adequate safe crossing facilities or space for cycle lanes and often have narrow, parked-on pavements.

Wood Farm and Lye Valley were built around the model of no through-traffic, as was Northway, and many other parts of Headington had modal filters installed where short-cutting traffic became problematic in the past, such as in Bateman Street and Staunton Road and in two locations on the Gipsy Lane Estate.

When Barton Park was built, a bus gate was installed to allow vehicle access between the Northern Bypass Road and Foxwell Drive so that buses serving Barton Park could also serve Northway. Allowing vehicle access without the protection of a bus gate would have exposed Northway to heavy through-traffic from the ring road.

This measure has thankfully ensured that Northway residents continue to enjoy the protection of a low traffic neighbourhood and Headington Liveable Streets is calling for those minor Headington streets that are left exposed to through-traffic to be brought into line with this standard.

Opposition alone is not a strategy

Unless measures are taken to address Oxford’s traffic problems and provide more attractive alternatives to private car travel before new housing comes in, advocates of maintaining the status quo on our roads are, in fact, advocating for even worse road safety, gridlock and air pollution in the future.

Low traffic neighbourhoods as part of a city-wide traffic management strategy have been live issues in Oxford since the beginning of 2019; local candidates and councillors have therefore had time to form an opinion and – where they disagree with measures proposed by the councils – to suggest viable alternatives. Oxford is not unique: similar schemes are either already underway, being considered or have proven successful in managing traffic in many other cities.

Although City councillors have no direct remit over highways (the County Council’s domain), the upcoming City elections are a good opportunity to ask candidates their views. The test case for doing nothing is the status quo – not that this will remain static: any failure to recognise this without proposing viable, joined-up, alternative strategies should sound a warning bell.

If you’re concerned about the impacts of increasing traffic volumes around Headington and Oxford as a whole, be sure to let your local candidates and councillors know.

A team at the University of Oxford is organising a Citizens’ Jury to help answer important questions about how people can travel where they need to in Oxford in a climate-friendly way that promotes health.

With the local elections behind us, newly elected councillors are urged to use their mandate to get behind measures that will make our city cleaner, greener and safer for everyone. 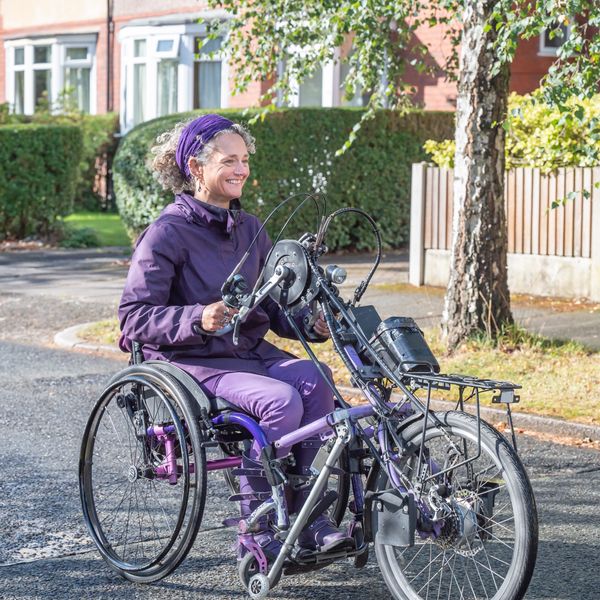